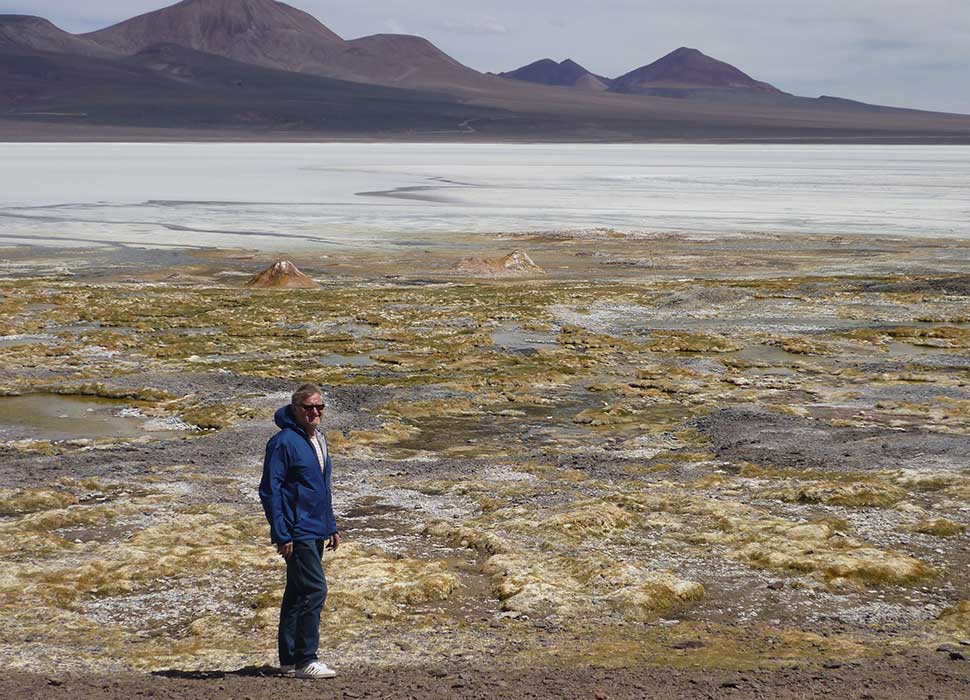 Distance: 450 km west of the provincial capital, La Rioja. It is only 69 km from Villa Unión on the lonely, well-paved country road RP26 via Villa Castelli to San José de Vinchina.

Only to be used in the Argentine spring and summer. In winter the lagoon is covered with snow and therefore difficult to reach (only with 4 × 4 and snow chains). Be sure to have a wind-weather jacket and sweater with you. In summer, 4 × 4 is not absolutely necessary, but enough ground clearance and horsepower are still advantageous. Also ideal for a 4WD rental car such as a Toyota Hilux.

The Reserva de Laguna Brava is located in the extreme northwest of the province of La Rioja. It consists of a unique ecosystem of brackish and salt water lagoons at high altitudes of the Precordillera between 2,500 – 4,500 m above sea level.

From Vinchina to Laguna Brava

The tour to Laguna Brava begins in the village of Vinchina, about 330 km from La Rioja.

Here you stop at a kind of tourist information, the Cooperativa de Guias Turísticos de Vinchina. You have to hire a guide there. The mountain guide then rides in one of the tourist vehicles. Small columns are assembled from a few vehicles. In between you get out with the guide. This explains the area, plants, animals and geology and answers all questions. These short stops are also used for acclimatization to the heights. The guide also has oxygen for emergencies.

The only village street in Vinchina leads to the bridge over the Bermejo River. From here it is only about gravel slopes up to the La Troya gorge (Quebrada de La Troya).

A short stop in the last hamlet of Alto Jague before screwing yourself up into the Cordilleras. The path leads to the Quebrada Santo Domingo along shallow hills of blue, green, violet and brown color, caused by the minerals found here. Whole herds of guanacos and vicuñas can be observed on the slopes, grazing peacefully in the mountain idyll.

The next gorge is the Quebrada de Piñon. Strange, round shelters appear on the roadside. Around 1864 – 1873 these served as emergency shelters for cattle herders who used this route to Chile.

Then it goes up over 4,000 m to the wide, gravelly main path that leads to the Laguna Brava. The laguna is located in a wide valley, lined with ridges of the el Veladero, el Bonete Chico y el Pissis – the second highest peak in America with 6,882 m above sea level. From a distance you can see the remains of a propeller plane from the 1950s that has landed here. The lagoon itself is home to a number of Andean flamingos. Mostly a cool or icy wind blows and you can only move slowly due to the height.