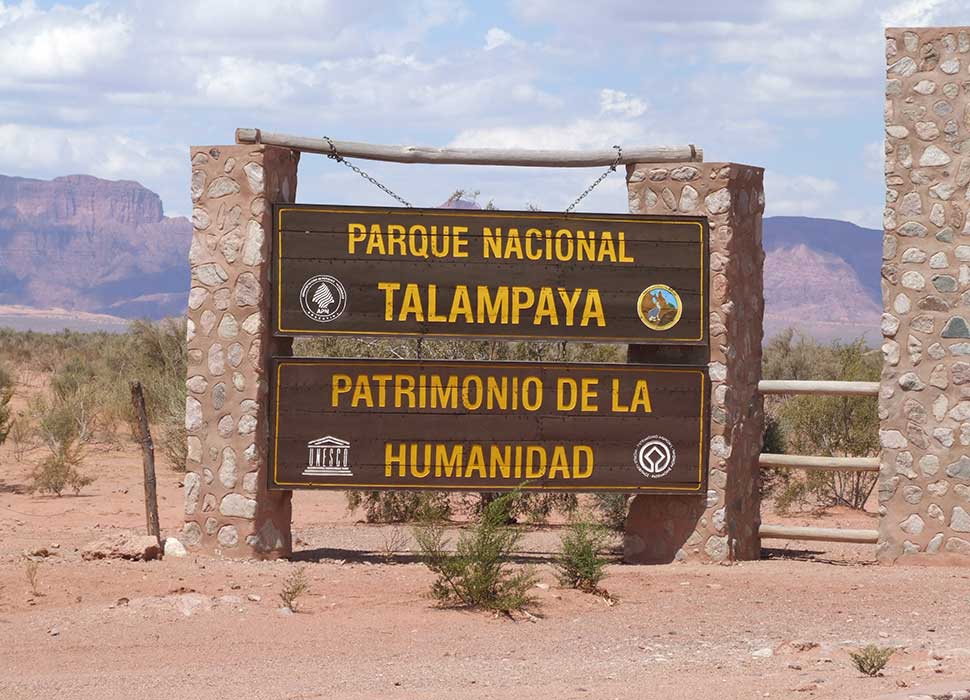 Drive through the Sierras de Córdoba

From Córdoba it goes towards Carlos Paz. The best way to do this is via La Calera, so that you drive over the beautiful water reservoir and avoid the touristic city of Carlos Paz. Then along Lago Carlos Paz along the beautiful Punilla valley of the Sierras de Córdoba. Here one tourist village follows the next. You come through Cosquin, where the national folklore festival is held in January. Then it goes through La Falda and La Cumbre. From La Cumbre you could make a detour to Cuchi Corral to the paragliding ramp. Every village invites you to linger. You can also go swimming in the rivers in summer. The Dakar Rally also grazed this area in January in the past. Behind Capilla del Monte, the mountains gradually flatten and the landscape becomes drier. Finally, the end of the Sierras has been reached in Cruz del Eje. From now on, the Ruta 38 is mostly straight ahead. You drive through dry, poorer towns like Serrezuela. Less than 20 km later you will reach the border with the province of La Rioja. The semi-desert begins and you have to cross the straight, lonely savanna slope for hundreds of kilometers. You should pay attention to the fuel level, because you can only stop at Chamical or Patquia. In Patquia you are spoiled for choice of the onward journey, depending on the time and the project.

Via Ruta 40 to Villa Unión

Either you drive the Ruta 74 to Nonogasta on the same day and then the spectacular Ruta 40 through a wild massif on gravel to Villa Unión. You should plan a good 3 hours for the 93 km from Nonogasta to Villa Unión, as photo stops are extremely worthwhile here. In Villa Unión you look for a hotel for the night (recommendation: Hotel Las Pircas Negras, definitely use the pool!). Then you can go to both national parks relaxed the next day. In the morning only Talampaya and then Valle de la Luna.

Via Patquia directly to the Ischigualasto National Park

Or you turn in Patquia onto Ruta 150, which then changes into Ruta 76 and make the same day the Ischigualasto National Park (Valle de la Luna) and Talampaya. Usually this is not possible. You cannot drive into the national parks with the rental vehicle. Rather, you have to book a guided tour with national park vehicles on site. These last 2-3 hours and start several times a day. The costs are around 25 euros per national park. There are no accommodations nearby, so you should stay in Villa Unión. Villa Unión is still an hour’s drive from Talampaya and it is always good to arrive at your accommodation by daylight.

In any case, don’t miss the 93 km route of Ruta 40 from Villa Unión to Chilecito the next day. Approximately schedule 3 hours with photo stops. If you have more time, Chilecite invites you with its beautiful surroundings and the wineries to stay before you return to Córdoba or continue in another direction.